Yoga studio and the Yogawall 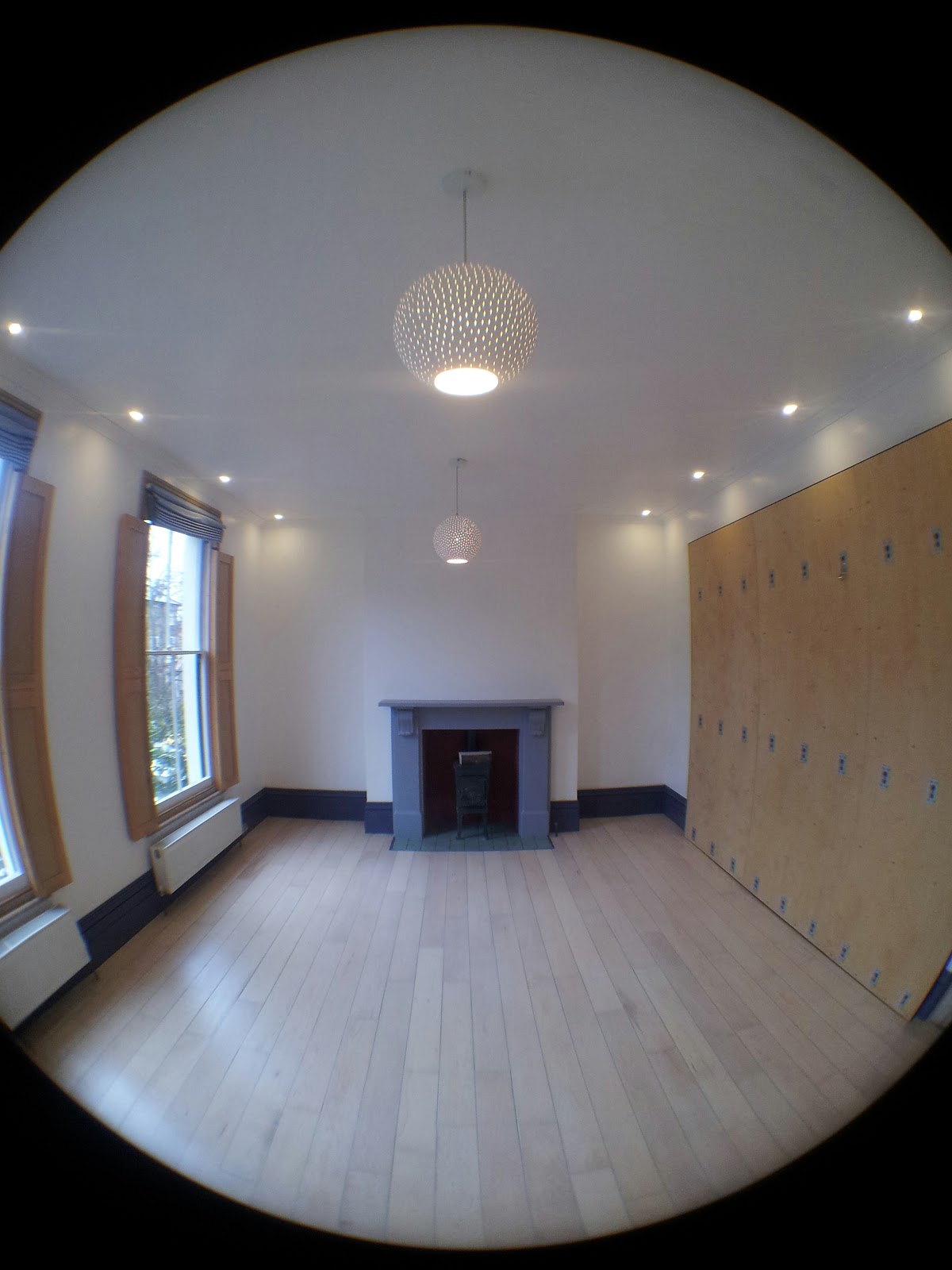 At last, the completed Yoga studio.

Three panel birch plywood wall. Enough for 4 and a half students according to yogawall.eu! 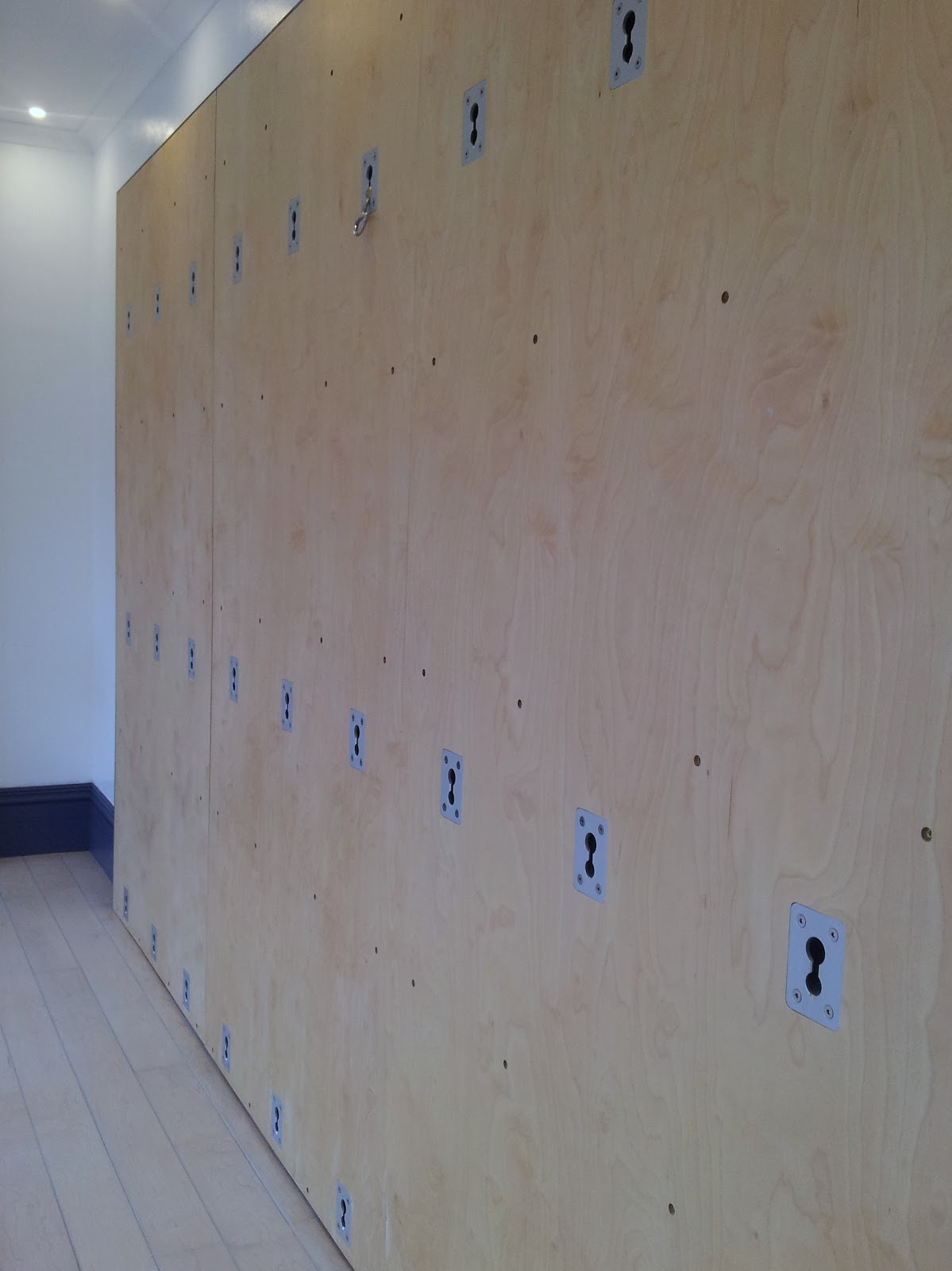 The fish eye lens makes the space look narrower than it is. The space is 6x4 metres enough for 8 students.

The fittings for the wall are from www.yogawall.eu and consist of plates with a spring loaded socket that receives the ball of the other components. This system was designed by Kedric Wolfe in the early 80's after he injured his foot on one of the older system's wall hooks.
Each one of the 27 plates has been set into the panel in a routered recess and bolted through to a larger plate on the back.
After watching a number of videos of the wall in use I became aware of rather disturbing creaks so I mounted the panels onto wall battens with rubbercarpet underlay and introduced a 3mm gap between the boards so that nowhere is wood rubbing on wood.
The wall now will have to be tested before use by an expert on climbing walls. Fingers crossed. No make that legs crossed!

Now does anybody know any half students interested in Yoga! 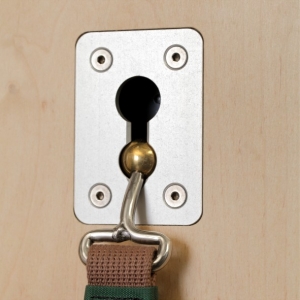 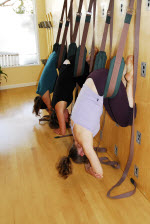